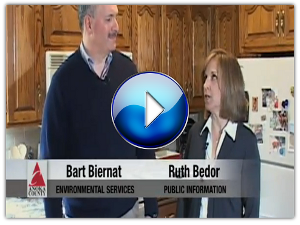 The Pearce Group conducts well and septic inspection along with water sampling. We have assisted home owners with recommendations of repairs and measures that help the environment and also save money. We have experienced an increase in well testing, both yield and water quality.

Coliform bacteria live in soil, on vegetation and in the surface water. Coliform bacteria found in the intestines of warm-blooded animals and their feces are called E.coli. Some strains of coliform bacteria can survive for long periods in soil and water and can be carried into well casings by insects. Bacteria washed into the ground by rainwater or snowmelt are usually filtered out as the water seeps through the soil, but they sometimes enter water supplies through cracks in the well casings, poorly-sealed caps, fractures in the underlying bedrock, and runoff into sinkholes. Coliform bacteria are the most common contaminants found in private water systems.Most coliform bacteria do not cause illness, but indicate a breach in the water system. However, since E.coli bacteria are found in fecal material, they are often present with bacteria, viruses and parasites that can cause flu-like symptoms such as nausea, vomiting, fever and diarrhea. Private wells should be tested at least once a year for bacteria, by a laboratory that performs an E.coli test when coliform are present. Test again if there is change in the taste, color, odor or appearance of your water. If you would like to view sample reports, Click Here.